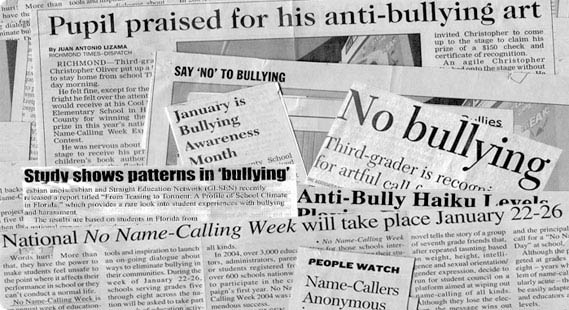 Attached to an email meant to promote activities for the upcoming “Exercise Your Brain Day,” event, the one page-form included spaces for “Whiner’s Name,” as well as “Type of Whine Used.”

There were also a place for degrading questions, such as “Did you require a ’tissue’ for tears” and “I want my mommy.”

This unprofessional report was structured “to assist whiners in documenting hurt feelings.”

One of the most shocking sections stated what the school’s reaction to whiners would be “An EMS team will be dispatched to soak your socks in coal oil to prevent ants from crawling up your legs and eating their way up your candy ass.”

The anonymous parent who brought the report to the attention of The News Journal stated the document is “completely offensive and mocks children who are bullied in schools.”

As of now, Brandywine School District spokeswoman Alexis Andrianopoulos said the sending of the report was a mistake done by an outside source and was not an official document from the school.

“This was an embarrassing mistake, but it was just that — a mistake,” Andrianopoulos explained. “It should not have happened, and we apologize for the error.”

While Lombardy Elementary School’s report may be only one of a handful of reported cases of bullying by school officials, the epidemic of bullies in schools remains a growing problem.

Even though school violence specifically is declining, general bullying behaviors have actually jumped 5% as of recent.
The repercussions of bullying have become such a prevalent concern that even international celebrities are throwing their hats in the ring.

As China Christian Daily reports, two outwardly Christian celebrities from China are taking initiative to raise awareness about the issue.

The video focused on the popular, British singing and rapping duo of Leondre Devries and Charlie Lenehan on their anti-bullying song “Hope,” which they performed during the 2014 “Britain’s Got Talent.”

“If you choose to bravely stand up when they are down, perhaps this is a brave move to encourage and to a lot of people! #Bullying rejected,” G.E.M. posted as translated to English.

It wasn’t long before the post generated more than 8,000 likes around the globe.

The month-long charitable event called “Act to Change” will be held through his Jeremy Lin Foundation.

By focusing the reading material on the effects of harassment in schools, Lin hopes to take a big step forward in finally ending bullying.