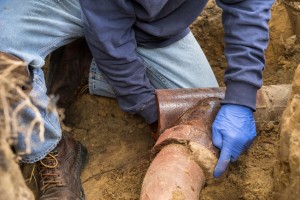 The concern over the housing of Syrian refugees and migrants from the Middle East rose drastically after crime by migrants in Germany increased 79% to roughly 92,000 offenses last year, according to The Daily Mail.

In particular, sexual assault and murders increased. Nearly one in five of the 208,344 offenses were considered violent crimes, including assault, robbery, and “threatening behavior.”

However, even with the high rates of crimes committed by and against the migrants, the number of refugees entering the country also jumped 440% in 2015.

Currently, it appears that refugees from countries like Syria, Iraq, and Afghanistan were far more law-abiding than those from the Balkan countries.

Fortunately, the majority of crimes committed were minor, such as riding public transport without paying fare, forgery of paperwork to get money, and shoplifting, which accounted for most of theft cases. In comparison, just 38% of inventory shrink for U.S. retailers can be attributed to shoplifting, whereas 34.5% is due to employee theft.

However, the Federal Criminal Office of Germany stated that the bulk of migrants commit no crimes.

Unfortunately, these innocent asylum seekers have experienced so much abuse from the Muslim men among them, that The Daily Mail reported in a separate piece that many are fleeing to find isolated accommodations.

The majority of those facing attacks by fellow migrants are Christians, women, and gay men.

Currently, 30 Christians and a number of women and gay men have been moved to secret locations for protection.

After Middle Eastern Christians had their Bibles torn up and crucifixes smashed, a petition signed by 17,000 people demanded that city council take action.

The campaign stated, “We call on the city to make it possible for them to have a communal place for Christians and protect them from further threats and attacks which they are suffering in the central gathering place for asylum seekers.”

Until now, the German government had made no attempt to separate migrants according to ethnic or religious diversity.

“Putting them all together is to ignore the right they have to protection, and is an insult to the victims of Islamic oppression,” said evangelical church spokesman Stefan Walter.

Police are still frequently fighting the radical Muslim groups that remain in Germany.