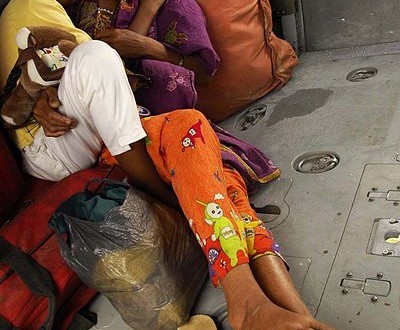 The United Nations Children’s Fund (UNICEF) is one of the world’s leading organizations when it comes to providing long-term humanitarian and developmental assistance to children and mothers in developing countries. Yet there undoubtedly had to be some sense of failure throughout the organization after their latest report found that there are currently about 200 million females of all ages walking the planet who are affected by the brutal practice of female genital mutilation (FGM).

As reported by Humanosphere.org, the report, titled “Female Genital Mutilation/Cutting: A Global Concern,” used data that was collected from 30 countries around the world. While there was a decline in the occurrence in some nations, overall the numbers were not as good as they presumably hoped.

The number of 200 million is 70 million more than what researchers had estimated the total to be in 2014. The prevalence of the practice has decreased significantly in many African countries like Kenya, Liberia, and Nigeria that have long been at the center of this debate. The new data available and overall population growth in many regions is attributed to some of the vast discrepancy in the two numbers in less than two years time.

“The geographic center is now shifting,” said Claudia Cappa, the lead author of the report, in an interview with The Guardian. “It’s not just concentrated in Africa, as was long believed. There’s now recognition that the practice is global.”

However, there is another side to the situation. For example, many women in Indonesia see it as a sort of ‘right of passage’ and are more than happy to take part in the ritual. The practice of FGM often disproportionately affects women in Christian and Muslim communities where it can be considered a sacred ceremony.

Many believe even the willing participants only feel that way because of an almost brainwashing effect their historically patriarchal societies have had on them.

Regardless of whether they approve of it or not, FGM can have a lifelong impact and cause issues such as infections, painful and irregular menstrual cycles, cysts, sexual dysfunction, and infertility. In fact, infertility is prevalent enough even without such practices; in the U.S., about one in eight couples have difficulty getting or sustaining pregnancy.

Despite the less than ideal numbers, the work of organizations like UNICEF has helped to steer the conversation in the right direction.

“In most of the countries surveyed, majority of girls and women who have undergone the practice do not see benefits to it and think that the practice should stop,” Cappa said in the UNICEF news release. “More mothers are aware that FGM/C can lead to their daughter’s, or a girl’s, death. So, there is a better understanding of the consequences, which, in itself, is very important progress.”