The latest from CWIMA and featured sources
8
Dec

The December Connect Event will feature an inspirational presentation “God’s Message” from CWIMA founder, Suellen Roberts. Roberts, who founded Christian Women in Media in 2002, is known as one of the nation’s prominent Christian leaders whose passion is to positively influence the culture through media. She was the founder of JOYTV International, producer of three nationally syndicated television series including the Women of Faith at the Alamodome television special. She was also a station General Manager for the Ion Television Network and Senior Vice-President of TEB Broadcasting Corporation which owned 26 stations. 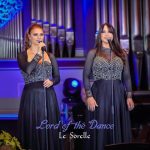 The event will also be filled with music from the season, including a special presentation from sisters, Erica Lane and Ashley Lundquist, members of the world-class musical duo, La Sorelle. Erica, who made the Billboard Top 40 with her single, Wake, is a former Miss Houston and top 10 in the U.S. Miss World pageant. Her original songs have been featured on almost a dozen film and TV soundtracks, including “Left Behind” starring Nicolas Cage. Erica has shared the stage with notables such as Candance Cameron Bure, George Lopez, Chonda Pierce, and Jon Voight. Ashley is a singer, songwriter and board certified music teacher and has performed at top venues such as the Dallas Convention Center, Texas Amphitheater, and McKinney Performing Arts Center. She has also been a guest performer on Trinity Broadcasting Network as well as the Christian Women in Media Conference, and she frequently sings on the music team at River Pointe Church in Richmond, TX. 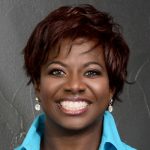 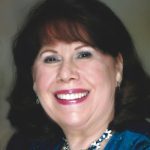 In addition, there will be a medley of Christmas carols led by Worship Leader and Recording Artist, Marina McLean and Singer/Songwriter Carole Brewer. Marina has released three worship albums: In the Glory, Synchronized and Encounter. She has been involved in teaching worship leaders and audiences in workshops that have brought people into an awareness of a deeper worship experience. Marina is also the CWIMA Vice-President of International Outreach. Carole has recorded four solo CD’s including Celebrate the Lord, Everything Began with You, New Life and The Work of Your Hand. In addition to her musical resume, Carole is the host of Bible Chicks, an upbeat podcast for women. 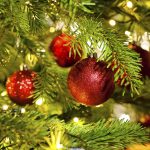 As a part of Maximizing Media at Christmas, there will also be a video montage of CWIMA members’ Christmas table designs and opportunities for members to share one-minute testimonies and Christmas memories.

About Christian Women in Media Association: Christian Women in Media Association (CWIMA) is a professional association dedicated to connecting women in purpose and vision. With a national platform focused on impacting our culture through media, our members work in the fields of social media, film, TV, radio, publishing, music, the arts, and entertainment. The organization promotes and provides opportunities for industry networking, professional equipping, and spiritual inspiration. CWIMA provides global conferences, music showcases, regional events, local networks, and international outreach.