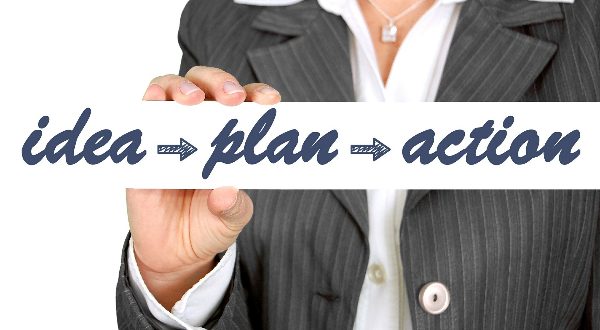 We know about the great inventors of our time: Alan Turing, Benjamin Franklin, Alexander Graham Bell. Notice a pattern?

Women are rarely talked about in terms of improving and modernizing our world. When we’re asked to name some of the most well-known inventors, we usually jump to the important men that have transformed our lives.

We know so little about the women inventors and engineers that have shaped our world to be what it is today. While only 10% of the patents registered in the United States are held by women, some of the most important inventions in the world were brought into the limelight by the ingenuity of women inventors. It makes sense given that half of the doctoral degrees in science and engineering are held by women. Here are some of the best inventions that actually came from the sharp minds of women throughout history.

No contracting business could hope to survive without this essential tool. The circular saw might be used primarily by men, but its advent was actually created by a woman.

In 1816, shaker Tabitha Babbitt worked as a weaver. She attached a blade to her spinning wheel after seeing carpenters struggle to cut wood with a pit saw which required three people to use. Of course, the circular saw has gone through many iterations since Babbitt’s initial idea, but we can still thank Babbitt for creating a safer tool. Since there are more than 3.6 million open wounds reported in the U.S. each year, it’s thanks to streamlined inventions like these that keep us safer.

If you’ve heard of Hollywood legend Hedy Lamarr, you’re not alone: the U.S. Navy did, too. They became acquainted when Lamarr and composer George Antheil came up with the idea to use “frequency hopping.” It was the duo’s hope that this technology would be able to stop military radios from being bugged by World War II enemies. The government didn’t listen to Lamarr, at least not to her face. In secret, they took her idea and developed technologies around it, eventually leading to modern-day Bluetooth tech, Wi-Fi, and GPS with the help of PCB development in the 1950s and 60s.

Though she later received credit in the year 2000, Lamarr had already passed away. According to Insider, her estate has never received monetary compensation for her world-changing invention.

Where would we be without the advent of windshield wipers? Instead of making our way through the rain and snow, we’d simply be stuck inside at the first sign of inclement weather.

Thanks to Mary Anderson, the automotive world would never be the same. After witnessing drivers in NYC dangerously opening windows and jumping out of their car when it rained, Anderson had the genius idea of attaching a wiping mechanism to a lever on the inside of the car. Though it was initially met with skepticism — after all, wouldn’t that be distracting while driving? — it quickly became essential in every car, truck, and ship that was manufactured thereafter. Since ships move 96% of the world’s cargo, it’s thanks to inventions like these that make every aspect of our modern lives easier, whether you drive personally or not.

Invented by chemist Stephanie Kwolek, Kevlar has become one of the most important devices in manufacturing today. Up to five times stronger than steel at a fraction of the weight, Kwolek patented the idea in 1966.

Kevlar has become essential in the manufacturing and construction businesses, but this handy tool is used by millions across the globe. You can find Kevlar in gloves, boats, helmets, cell phones, bullet-proof vests, and more. As such, she’s saved thousands of lives. Kwolek passed at age 90 back in 2014 and is “the only female employee of DuPont to be awarded the company’s Lavoisier Medal for outstanding technical achievement,” according to BBC.

The inventions and ideas of women are often forgotten, but they make our lives all the better. Encouraging women to keep thinking creatively and following their passion is the best way to keep moving forward.