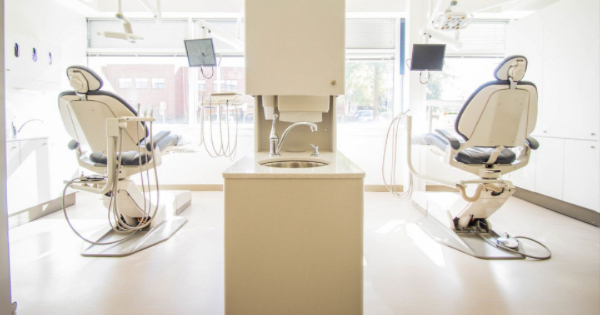 In the United States, dentistry is one of the 10 most trusted and ethical professions. This status certainly held true for Nicole Gibbs, when she received an unexpected but potentially life-saving diagnosis during a routine dental appointment.

The 26-year-old American tennis player announced on May 14 that her dentist discovered that she has a rare salivary gland cancer. Gibbs had been slated to play in the French Open but upon receiving the diagnosis she withdrew from the game and has decided to skip the rest of the clay-court season. She is undergoing surgery today, May 17, to remove the dangerous tumor in her mouth.

According to statistics from the American Cancer Society, salivary gland cancer accounts for less than 1% of all cancer diagnosis in the United States. Gibbs’s dentist, Dr. Kevin Lee, noticed a growth on the roof of her mouth during a routine appointment last month. Although Gibbs said that the bump had been there for years and she had grown accustomed to it, Dr. Lee advised her to get a biopsy.

As Gibbs told TODAY’s Natalie Morales, those biopsy results came back positive for her extremely rare form of cancer. While it was hard for Gibbs to receive this news, she hopes her story serves as a cautionary tale for others to seek dental and medical care regularly. According to AAPD recommendations, kids and teens need to see a pediatric dentist every six months and adults need to keep up with that schedule as well. During any type of medical checkup, it’s important for patients to speak up if they feel that there’s a problem.

“I think it’s a good reminder for self-advocacy. I think we tend to know if there’s something that’s off or wrong,” Gibbs said.

Gibbs wrote in a post on Twitter that her doctor is confident that the surgery will be sufficient treatment for the rare cancer. Her medical team has told her to expect a recovery period of four to six weeks. She hopes to shave that time down even further so that she is ready for Wimbledon qualifiers at the end of June.

Gibbs didn’t always have such a cool head about her diagnosis. When she first received the news, she did what many people do and turned to Google for answers. As a go-to tool for practically any information in the world, about 48% of consumers begin mobile research with a search engine but many people use them for more than just product information. While sticking your symptoms or medical condition in the search bar can provide some useful answers, the internet is full of skewed and scary statistics.

“It was bad. I saw one thing that was like, ‘mouth cancer — 17% survival rate,'” Gibbs said about her googling.

She credits Jack Brody, her fiance, with keeping her off the internet after that initial search. Brody was the designated Googler and would process the information he found before bringing it to Gibbs.

Going to the dentist is key to getting this early diagnosis. Dentists are often the first to identify any suspicious growths or areas in the mouth that can be the first sign of oral cancer. Having an orthodontic check-up, which experts recommend a child first does at about seven years old, can also serve as an effective way to detect dangerous cancers. No matter which professional is looking in your mouth, having a routine checkup can be much more than just routine. It can save your life.