The latest from CWIMA and featured sources
12
Dec

December 12, 2017 – Dallas, TX. – The Global Media Summit (GMS), now in its third year, has announced that actress Nancy Stafford will be one of the keynote speakers at the 2018 Global Media Summit. The worldwide event will return to the Gaylord Resort and Convention Center in Grapevine, Texas, April 26-28, 2018. 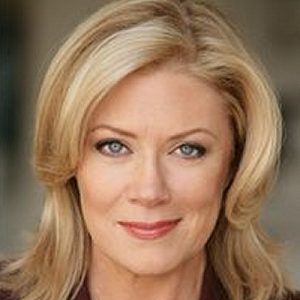 Stafford was a regular for five years on the television series, “Matlock,” where she portrayed Andy Griffith’s law partner. Stafford also appeared for three years on the Emmy-award winning “St. Elsewhere,” as well as on ABC’s “Sidekicks.” She was also a regular on the NBC daytime drama, “The Doctors.” Stafford has hosted several TV series, including “Love, Marriage, and Stinking Thinking” with Mark Gungor, and for ten years hosted “Main Floor,” a fashion, beauty, and lifestyle series that aired in over forty countries around the world.

Stafford is also the author of two books, Beauty by the Book: Seeing Yourself as God Sees You and The Wonder of His Love: A Journey into the Heart of God. “We are elated that Nancy Stafford has agreed to be a keynote speaker at the Global Media Summit,” said Suellen Roberts, founder and visionary behind the event. “We believe Nancy’s presentations about her television and film experience, as well as her work as an author will add great value to this event and enrich the lives of those who attend.”

The theme of next year’s Global Media Summit is “Victory in Battle.” GMS provides an opportunity for Christian media professionals, both men and women, to come together and be inspired, equipped, and to connect with each other. To find out more about the 2018 Global Media Summit, or to take advantage of the discounted early registration, visit the GMS website, www.gmssummit.com.

The Global Media Summit (GMS) is “A Christian Coalition Uniting Media Professionals Globally.” Since 2016, GMS has provided a platform for both male and female media professionals to be empowered by God to move forward in the mass communications and Christian media arenas. Suellen Roberts, Founder of Global Media Summit, along with the GMS Advisory Board, made up of Robert Higley, Paul Crouch Jr., Marta Greenman, Randy Weiss, Lisa Mouradian, Cameron Arnett, B.J. Arnett, Lisa Burkhardt Worley, Sharon Hill, John James, GMS members and the International Partners, plan to provide a premiere experience as people unite together.

GMS 2018 will also give men and women the opportunity to be inspired by talented musical artists and keynote speakers who are globally recognized for biblically based teaching. The outstanding seminar faculty will equip each attendee to go to the next level and the international program will provide a vision of what God is doing globally. Through this summit, life-long relationships will be formed to unify Christians, empowered to be a positive influence in our culture through media, domestically and internationally.