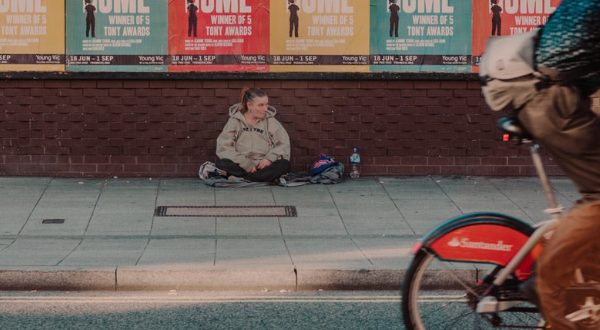 A Minnesota church is fighting homelessness one tiny house at a time. Faith Lutheran Church of Forest Lake will soon be the sight of “Sacred Settlement,” a set of 12 tiny houses designed for homeless veterans in the Washington County area. Each tiny house in the village will be 100 square feet, with a twin bed, kitchen, composting toilet, and room for a table and chair or two.

The idea is the brainchild of Settled, a nonprofit organization fighting homelessness through a “community first” model. According to Settled, simply providing a house to a homeless person isn’t enough “because the problem of homelessness is not a lack of housing and professional help alone, but just as critically, a lack of integration into a supportive and nurturing community.”/p>

The idea behind Sacred Settlement is to create a community that can support its residents’ social needs as well as their physical needs. For instance, over 15 million adults in the United States have an alcohol use disorder, including approximately 38% of homeless people. Among the homeless population, many alcohol and drug problems are related to deeper issues such as PTSD or mental illness that isolate them from the rest of society. Communities like Sacred Settlement hope to provide the assistance and encouragement that will help their residents overcome these challenges.

Each resident of Sacred Settlement will be expected to pay $200-$300 monthly rent and contribute to maintaining the community. The idea is that if residents invest in the community through their time and resources, they are more likely to get to know and support one another. It becomes a bond that the residents share.

“We have a lot of members who have served or are actively in the military. We have a newly established veterans committee that will walk alongside any of the veterans that live in the Sacred Settlement,” he explains.

Faith Lutheran also has a history of supporting homeless ministries, including a family shelter in Hugo that’s not far from the church.

Gabrielle Clowdus, cofounder of Settled, believes small villages like the one coming to Faith Lutheran, are an important part of tackling homelessness. Since 2015, the number of homeless people in Minnesota has doubled. Shelters are packed and vouchers for subsidized housing have become increasingly difficult to obtain. These solutions can also be expensive to maintain, and shelters often operate on donations and community support that may fluctuate during the year.

In contrast, Settled’s tiny houses can be built for $20,000-$35,000 each, which is substantially cheaper than government-sponsored affordable housing or manufactured homes, which are also in use in some cities.

Part of the reason Clowdus often works with churches is to work around laws that dictate a minimum size for homes. Historically, such laws have been established to protect citizens from predatory housing situations, and in Minnesota, many cities require resident dwellings to be at least 1,200 square feet. However, church properties like Faith Lutheran’s 7.8 acres are often exempt from these laws. 100 square feet is not much space, but keeping the houses small also keeps them inexpensive, and the design for the houses uses space efficiently. In fact, Faith Lutheran is working with an architect to choose the best location for the village and to select the best design for the houses.

“This community will be well designed and intentional in how the houses are configured to be aesthetically pleasing and to provide a sense of community within our community,” Pastor Klawiter explains. The purpose of this village is to provide long-term housing to residents, not the kind of short-term solution many homeless people face in other environments like shelters. This permanence is necessary to foster community among the residents.

Finally, programs like Sacred Settlement are one way to combat the criminalization of homelessness. Laws in many cities punish people found sleeping outside, begging, or panhandling. Repeated run-ins with the law complicate already difficult lives. Only 1% of civil cases go to trial today, so often homeless people find themselves at the mercy of the law and with few options to change this cycle of conflict.

Ultimately, Settled hopes that success at Sacred Settlement will encourage other churches and organizations to sponsor similar villages to combat the growing national problem of homelessness.