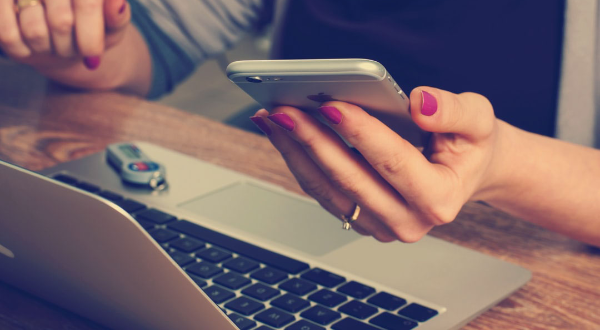 A little over a month ago, COVID-19 was officially declared a pandemic. Two days later the country was shut down and over the course of the next few weeks, many people have found themselves working from home. Modern living is defined by the internet and screens: WiFi access is one of the top concerns of even campers. However, between social distancing and unemployment, the time spent looking at screens is skyrocketing. And while the online migration is a sign of a flourishing and adaptive online culture, all that screen time has some massively negative effects.

Blue light, the light cast by electronic screens like those on phones, tablets, and computers, is treated by the brain like sunlight. Blue Light’s high energy level and closeness to UV can impact mental health by causing anxiety, depression, and insomnia, especially during a time of social isolation and anxiety-inducing news reports. Blue light also stimulates our eyes so much that blinking decreases from twenty times per minute to seven times per minute, causing dryness, blurred vision, and itching as well as headaches and eye strain. Finally, the way in which screens are used can lead to posture problems, wrist/hand problems, and back and neck pain.

And COVID-19 has forced hundreds of thousands of children, teens, and adults to turn to screens for school, work, entertainment, and more. Small businesses are quickly adapting into online businesses and larger ones are going remote. Both iPhones and Androids track screen time, but only the iPhone sends a report to its users. Some people have reported increases in their screen time of almost 200%. Doctors, therapists, and other medical professionals who have moved their practices online are also seeing massive increases in daily screen time. Children and teens are more susceptible to blue light and other screen time issues so many parents are limiting their children’s screen time.

Screen time increases have also caused parents to start worrying about their children’s safety online. Experts have said that there is no reason that online risk should increase and changes due to COVID-19 may make children even safer online. If you’re worried about online safety, discuss your online safety rules with children and use the parental control settings on digital devices and services. They can stop younger kids from seeing inappropriate content and sharing information while older kids and teens should know the rules for online safety themselves.

To combat blue light and screen time issues follow the 20-20-20 rule: look away from the screen every 20 minutes to see something 20 feet away for 20 seconds. Those working in home offices on computers should take a short break every few hours to stand and stretch. Kids should be encouraged to play outside or take walks in order to help combat the effects of screen time overuse. Keep in mind that screens aren’t the only perpetrators of blue light, however: LEDs, which penetrate an estimated 53% of the global lighting market, also emit blue light. Relying on natural light should also be a top concern among office workers.

Overall, try to encourage yourself and your kids to spend one day a week screen-free, even while quarantined to preserve eye health and help with mental and physical strain.