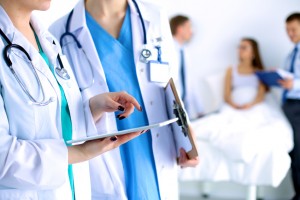 Florida Governor Rick Scott has declared a state of emergency within five counties throughout the state following the report of several Zika infections.

According to NPR, the governor issued the public health emergency after a total of 12 Zika cases were reported to health authorities, all of which were contracted by people traveling outside of the United States. Scott says Florida officials are hoping to stay ahead of any true catastrophe by acting now.

“We have to ensure that Florida’s safe,” he says. “Just like in a hurricane, we always say to ourselves, ‘We’ll prepare for the worst and hope for the best.’ And we’re going to do everything we can to stay ahead of the Zika virus.”

Though there is no vaccine or cure for the disease, death caused by the virus is uncommon. However, it has caused many birth defects throughout Central America as a result of pregnant women becoming infected.

Considering the large risk of Zika being spread through mosquito bites, the governor is requesting an uptick in monitoring the disease as well as increased mosquito control within the four affected counties.

A multitude of factors makes Florida a perfect breeding ground for mosquito-borne diseases and others. Considering that Florida is the number one travel destination in the world, it can become like a revolving door of international citizens with international illnesses.

However, as CBS reports, this vulnerability has allowed the state to be well prepared for such an occurrence. Based on past experiences with such viruses and diseases, officials have protocols and procedures in place to help combat further spreading of the illness.

Scott has called for the United States Centers for Disease Control and Prevention to provide testing for pregnant women and new mothers who have exhibited Zika symptoms after traveling to countries affected by the virus.

“With 20 million people and over 100 million tourists, we need the CDC to immediately provide these kits to Florida so we can protect our families and of course all of our visitors,” Scott said at a news conference in Tampa.

Zika is spread through mosquito bites (blood exchange) and sexual intercourse. Anyone experiencing such symptoms is encouraged to seek the services of a medical professional as soon as possible.