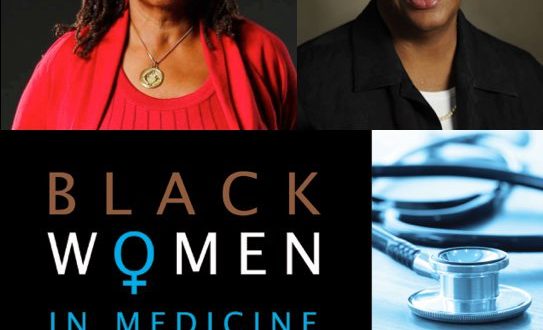 According to a 2015 Bureau of Labor Statistics report, black Americans make up less than six percent of the country’s physicians and surgeons. However, a new documentary is shining a much-needed light on that subject, honing in on black women in medicine.

The documentary, titled “Black Women in Medicine,” showcases some of the most prominent women in the field, who recount their stories of success, prejudice, and education from their journeys to become doctors.

The film was spearheaded by New Haven-based filmmaker Crystal Emery, who appeared on WNPR’s Where We Live in June. Emery said that while the film was successful, many of the women she reached out to initially seemed skeptical of the project.

“They were like ‘who are you and why are you calling me?’ No one had recognized these women,” she said.

When the women Emery reached out to agreed to film, she said their stories were extremely revealing.

In addition to seeking out the stories of established and aspiring medical professionals, Emery said the documentary also asks why there are so few black doctors and looks for ways to encourage minority students to pursue medical careers.

Fortunately, there are other efforts looking to recognize women in the medical field.

The American Medical Association (AMA) recognized influential women physician leaders as part of Women in Medicine Month in September, as they do annually.

As part of their recognition, the AMA also announced the winners of the 2016 Joan F. Giambalvo Fund for the Advancement of Women research grants.

Scholarships of up to $10,000 are awarded to research programs that aim to advance women’s studies in the medical field and address issues that directly affect that population.

“The grants reaffirm our commitment to increasing the influence of women physicians and advocating for women’s health issues,” said Patrice A. Harris, M.D., AMA Board Chair.

This year, awards were given to women from all walks of life, and with any luck, they’ll be used to further advance the role of women in medicine.

Despite that, Emery’s documentary may prove that we still have a long way to go.

Many black women who are students and medical professionals reported that they faced discouragement and difficulty through every step of the process, but for the vast majority of those women, being a medical professional was a higher calling too strong to ignore.

The documentary will be featured Monday, October 17 on CPTV at 10:00 PM.