The latest from CWIMA and featured sources
7
Sep

November 9, 2021 – Dallas, TX. – Christian Women in Media (CWIMA) members will come together at Connect Events across the country on Thursday, November 18th. Attendees will receive valuable media training and will be encouraged by inspirational messages from well-known professionals in media.

The Dallas Connect, led by Tracey Mitchell, has a new start time in November, 3:00 p.m. It will be located at the Park City Club, 5956 Sherry Lane, #1700 and this will be a time of social mixing and mingling. The keynote speaker is Tracey Mitchell, also CWIMA Executive Vice-President of National Connections. Mitchell is one of the nation’s leading Bible teachers and conference speakers and travels over forty weeks a year speaking to various groups. She is the traditionally published author of several books and is the Executive Producer and co-host of Life from DFW a television program she co-hosts with her husband. Cost is $35. Registrations must be in by Tuesday, November 16th at Noon.

Film is the media focus at the Baton Rouge Connect Event, led by Beth Townsend. Filmmaker and actress Jency Hogan is the keynote speaker. Hogan has produced short films like Madeline’s Oil, With My Soul, and Painted Parakeets. She has also worked on the Producer Team of Blaze, a bio pic directed by Ethan Hawke. As an actress, she’s been a reoccurring character, “Vera Minder,” on the TNT hit series, Claws. Hogan will speak on “Creative Media and Entrepreneurship.”

Destiny Yarbrough leads the Atlanta Connect Group. The Keynote for the Atlanta Group is TV/Radio Host, Author and Ministry Leader, Lisa Burkhardt Worley. Lisa is the Executive Producer and Co-Host of POP Talk, a topical television interview show, now on nine television platforms or stations. Burkhardt Worley, the founder of Pearls of Promise Ministries, is also a ten-time award winning author of ten books and a Bible Study. Her topic will be “Media God’s Platform” and she will share how to develop a television program concept.

Riverside, California is the newest CWIMA Connect Group to open up. Tammy Cooper is the Connect Leader. The keynote will be Award-winning Film Documentary Producer, Angela Alexander. Angela retired from the Air Force Reserve in 2005 and is now an Author and Inspirational Speaker on the topic of her autobiographical documentary, Miracles in Action, and her children’s book, Never Too Young. Angela is a sought-after speaker for churches, retreats, conferences, professional organizations and book clubs.

“We are also happy to see so many of our Connect Groups meeting again,” said Tracey Mitchell. “We know that whoever participates in these Connect Groups will not leave the same after the valuable connections and training they’ve received.”

For more details on the CWIMA Connect meetings and to register, go to www.cwima.org/events.

The next CWIMA online Christmas-themed ZOOM event is scheduled for Thursday, December 16. To become a member of Christian Women in Media, visit CWIMA’s website at: https://cwima.org/. 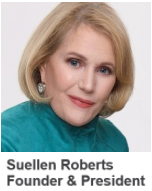 About Christian Women in Media Association: Christian Women in Media Association (CWIMA) is a professional association dedicated to connecting women in purpose and vision. With a national platform focused on impacting our culture through media, our members work in the fields of social media, film, TV, radio, publishing, music, the arts, and entertainment. The organization promotes and provides opportunities for industry networking, professional equipping, and spiritual inspiration. CWIMA provides global conferences, music showcases, regional events, local networks, and international outreach.

The Heart of Mercy Mission (HMM) since 2019, is the charitable division of Christian Women in Media Association. The mission of the Heart of Mercy   Mission is to rescue, redeem and restore women through the power of Christ and tangible humanitarian efforts. God’s heart is for the those who are oppressed, disadvantaged, and abused. May we reflect God’s heart by showing love and mercy to the abused women globally.