The latest from CWIMA and featured sources
30
Nov

November 15, 2016 – Dallas, TX – The Christian Women In Media Association (CWIMA) has named nineteen-year television veteran, Lisa Burkhardt Worley, as the Director of the second annual 2017 Global Media Summit (GMS), to be held May 4-6 at the luxurious Gaylord Texan resort located in Grapevine, Texas. 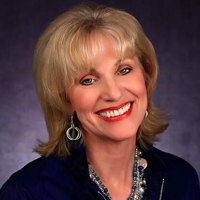 Burkhardt Worley, an award-winning author of five books, has a wealth of media and event planning experience. During her television career, she worked as a correspondent for HBO Sports, ESPN and was an anchor at the Madison Square Garden Network in New York City. She currently co-hosts an international Christian radio show on the WRNO Radio Network called “A Time to Dream.”

As Founder of Pearls of Promise Ministries and Director of Special Projects for Dallas-based Roaring Lambs Ministries, Burkhardt Worley has planned numerous events, conferences and retreats and will utilize her project management expertise in her position as GMS Director. “We are elated to have Lisa Burkhardt Worley as the leader of our 2017 Global Media Summit,” said CWIMA Founder, Suellen Roberts. “We believe Lisa’s multi-faceted experience and knowledge of the industry will add greatly to the success of this event.”

Several of this year’s 2017 Global Media Summit keynote speakers have already been announced. Well-known author and Brooklyn Tabernacle Pastor, Jim Cymbala, Writer and Media Producer, Phil Cooke, and international recording artist, Erica Lane will all be presenters on the main stage. The Global Media Summit, in its second year, is a collaboration uniting media professionals globally to impact our culture and the world. Prior to the Summit, the Christian Women in Media Association hosted eleven yearly national conferences. Anyone interested in registering for the 2017 Global Media Summit should visit: www.gmssummit.com

The Global Media Summit 2017 (GMS) provides a platform for media professionals to be empowered by God to move forward in the secular and Christian media arenas. Suellen Roberts the Founder & President of the Christian Women in Media Association and the International Partners plan to provide a premiere experience as people unite together.

GMS provides the opportunity for men and women to be inspired by talented musical artists and keynote speakers who are globally recognized for biblically based teaching. The outstanding seminar faculty will equip each attendee to go to the next level. The Global Media Summit 2017 will present an international program which will garner talent from around the world and present to the attendees a vision of what God is doing globally. Through this summit life-long relationships will be formed to unify Christians who are empowered to be a positive influence in our culture through media domestically and internationally.