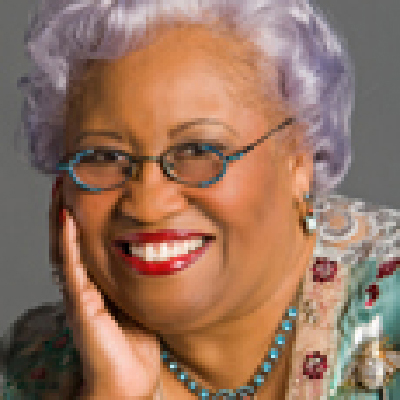 Known as “Mama T,” Thelma Wells is a feisty 70+ year old who has been featured in D Magazine, Southern Living, The Dallas Business Journal, The Dallas Morning News, Significant Living and many more publications and TV shows including Dr. Phil, The Joanie Show, Life Today and the 700 Club.

Traveling to 20+ conferences a year as a speaker, she’s sought after by corporations, women’s groups and governmental entities.  She’s no stranger to the stage, having presented to over a million people in her 35 year career and spoken on the stage with the best including Zig Ziglar, Max Lucado, the late Rosa Parks, Kay Arthur, June Hunt, Serita Jakes and of course, her Women of Faith porch pals:  Luci Swindoll, Sheila Walsh, Patsy Clairmont, Marilyn Meberg, Nicole Johnson and International Singer Sandy Patti.

She’s presently speaking on Women of Faith’s Final “LOVED” tour — traveling to 18 cities and reaching a quarter of a million women.  Her passion is to tell everyone that they can “BEE” their best in Christ.  A mission she’s carried out for 35 years.