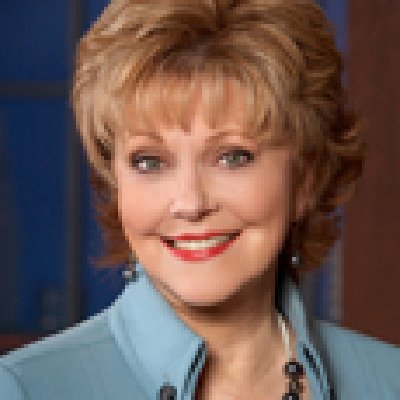 Terry Meeuwsen has been a familiar face onThe 700 Club since the early 1980s, appearing on the program many times as a guest co-host. In June 1993 she became a permanent co-host, joining Pat Robertson on the program, which is broadcast daily from the CBN studios in Virginia Beach, VA.

A native of Wisconsin, Terry attended St. Norbert College, and sang and traveled with the New Christy Minstrels for two years. In 1973 Terry was crowned Miss America. She began her broadcast career co-hosting a daily talk show in Milwaukee called A New Day at NBC affiliate WTMJ-TV. Meeuwsen is also the author of four books.

Terry and her husband, Andy, have seven children. Five of their children are adopted. The adoption of their three daughters from Ukraine opened her eyes to the plight of millions of children around the world who are alone and in desperate situations. Out of that concern, a ministry called Orphan’s Promise was birthed and now is at work in over 40 countries around the world. The passion and purpose of Orphan’s Promise is to touch as many of these children’s lives as possible, both physically and spiritually.