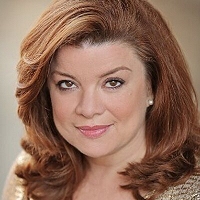 Renee Lawless stars as Katheryn Cryer on Tyler Perry’s “The Haves and the Have Nots” on the OWN network. Renee is also in pre-production of her own video blog series “Renee’s Way or the Highway.” Born in Knoxville, Tennessee, Renee is a graduate of Stetson University and did her Masters studies at the University of Cincinnati in Vocal Performance. A seasoned theater actress, she recently performed with the Broadway national tour of Wicked as the Midwife and understudy for Madame Morrible. Renee also appeared on Broadway in Disney’s Beauty and the Beast as Eggtimer, Ms. Potts and Madame de la Grande Bousch. Renee’s additional theatrical credits include Menopause the Musical, Always Patsy Cline, Brigadoon, My Fair Lady and Nine. In television and film, Renee has been featured in “Heavens to Betsy” alongside Dolly Parton, Ghost Story, The Obituary and The Lucky Ones. Renee currently resides in Los Angeles, CA..