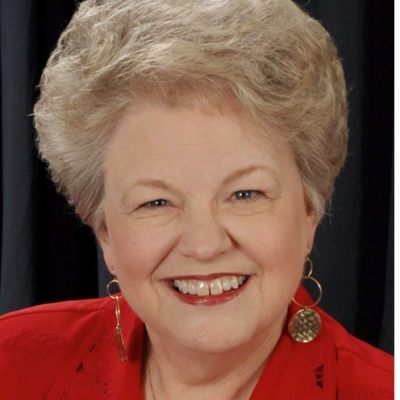 Mary is also an upbeat and challenging speaker, Bible teacher, and singer. A delightful storyteller, she is naturally funny with an insightful and powerful message of hope and joy. She speaks from her background as a pastor’s daughter, minister’s wife, music outreach ministry leader, and missionary to New Zealand. And she punctuates her messages with songs of praise in her rich contralto voice.

Mary holds a Bachelor of Science in business education degree from Abilene Christian University, with minor equivalents in Bible and journalism. Her master’s work is in mass media from Texas A&M Commerce.

For a more complete review of Mary’s career, see MaryHollingsworth.com.