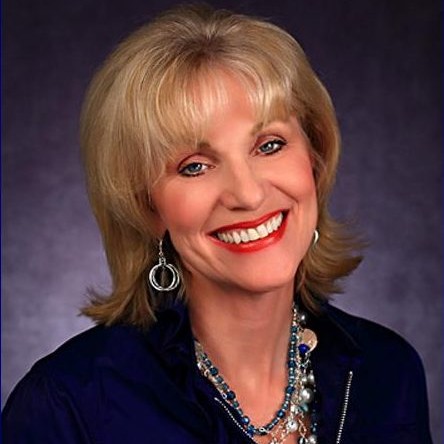 Lisa Burkhardt Worley is an author, television and radio host, speaker, and founder of Pearls of Promise Ministries, (www.pearlsofpromiseministries.com) a ministry that helps women overcome life’s trials through sharing the strength and love of Christ. She’s a ten-time award-winning author of ten books, include the The Only Father I Ever Knew, The Root that Never Died,  and If I Only Had…Wrapping Yourself in God’s Truth During Storms of Insecurity.

Lisa spent nineteen years in television as a sports anchor and reporter, appearing nationally on both HBO Sports and ESPN, but midway through her career, God got her attention through a devastating job loss. At that point, she rededicated her life, and her television career to him. She now hosts an evangelical interview program called POP Talk, found on seven television platforms or stations.

Lisa, who endured a troubled childhood, is a living example of how the Lord “restores what the locusts have eaten.” Her father, a Jewish doctor, died suddenly two months before she was born. Her mother never recovered from his death, struggling with mental illness the rest of her life. Lisa praises God for his loving care of her during this period of her life, and shares her story to encourage others.

Lisa has been married for 35 years to Jeff and has two sons, Kyle and Bret, a daughter-in-law, Bailey and a spiritual daughter, Lara.