With great sensitivity and compassion, this weekly, 90-minute program reaches out to Muslim women, as well as Muslim Background Believers, giving them a forum to discuss many issues important in their lives. This show is hosted by a former Muslim woman who lived under the oppression of Islam but has been set free through faith in Jesus Christ. 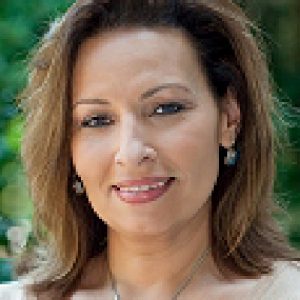 Born into an Islamic Egyptian family, Amani was never to question the teachings of Islam. At the age of 13, her life drastically changed when her mother announced that she had converted to Christianity. Although Amani was shocked, the change in her mother was obvious. Filled with the transformational power of Jesus Christ, her mother was peaceful, strong, and loving. Frustrated by her mother’s conversion, Amani started researching the Bible to point out errors, but her eyes began to open. She soon met the King of Kings.

As she read the Book of John, God began speaking to her heart, and she fell in love with Jesus, accepting Him as her Lord and Savior. But, hard times soon visited the young girl. Her mother’s conversion had been discovered, and the police were planning to arrest her. Her mother was forced to flee her native land, leaving everything behind to seek refuge in the United States.

Unable to escape with her mother, Amani remained in Egypt and was later forced to marry a Muslim man. Although her husband allowed her to practice her faith secretly, he forbade her to attend church after their children were born. But a series of miracles occurred, and her husband finally permitted Amani and the children to move to the United States with the promise that he would soon follow. It was such a miraculous move of God that he couldn’t believe he was driving them to the airport.

Once in the United States, Amani again began attending church. This infuriated her husband who sent people after her, threatening the safety of Amani and her children. As a result, she was forced to live the life of a fugitive, constantly on the run, until her husband passed away years later.

Married for nine years, Amani experienced firsthand the degradation that Muslim women endure. She suffered abuse and was treated as a mere object. Through personal experience, she realized women in the grip of Islam suffer a life of great pain and hopelessness.

To reach out to these suffering women, God has opened many doors for Amani. Her extensive knowledge of both Islam and Christianity, her personal experiences in the bondage of Islam, and the freedom she now enjoys through faith in Jesus Christ all give this brave ambassador for Christ the ability to boldly challenge false beliefs with wisdom, love and respect.

Help keep Amani on the Air

All donations go directly to The Muslim Woman