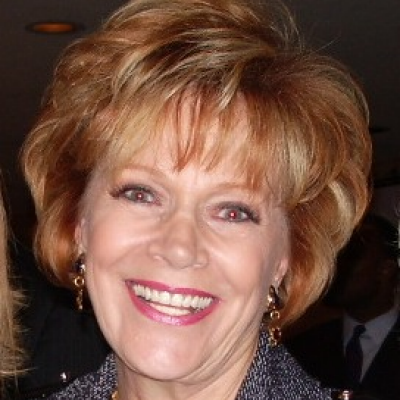 For over 45 years, Samantha has been in involved in media, including hosting a TV show in the San Francisco Bay Area. In 1986, Samantha founded Christian Celebrity Luncheons, hosting a dynamic list of high-profile Christians, inspiring thousands of lives.

For fifteen years, Samantha’s radio program, Psalms of Hope, has been carried on Christian and secular stations in the United States. Psalms of Hope is also broadcast  out of downtown Jerusalem, and on FM radio stations covering the Middle East, Africa and Short Wave.

Samantha serves on various boards including the Guideposts National Advisory Cabinet for 18 years.  She has written countless articles for magazines and authored twenty books. Her tenth book, Savvy Singles’ Relationship Secrets was awarded the coveted Angel Award from the Excellence in Media Organization. (Her second Angel earned.) She’s been interviewed on television programs including The 700 Club and TBN.

The Northwood University, a Business Management University, awarded Samantha the Distinguished Woman of the Year award in 2010.

She has authored twenty books, and in six compilation books.  As a conference speaker, Samantha has ministered in many states, Canada, England and Mexico … sharing the Good News that ordinary people are loved, unconditionally, by an extraordinary God.