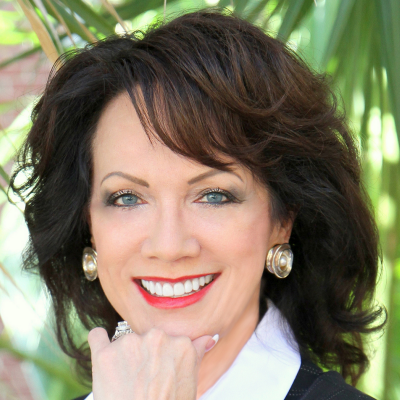 Gina Parker is a successful businesswoman, attorney, author, and speaker. She graduated from Baylor University with a Bachelor of Business Administration (1983) and Baylor School of Law (1986). She has been in private law practice since 1991. In 2020, she ran statewide for judge of the Texas Court of Criminal Appeals where she lost by a narrow margin.

In 2001, Ms. Parker founded Dental Creations, a manufacturing company, while continuing her law practice. The company was founded with the vision to support missions, help women in crisis, and give second chances to criminal defendants through employment.

Gina was the National Eagle Forum Chairman for Judicial Reform and is a past recipient of the National Outstanding Eagle Award for Texas for her contribution in support of the United States Constitution.

Gina served as pastor of Hands of Hope Revival Center for the four years before she embarked upon her campaign for judge. Gina served on the Texas Advisory Board of American Family Radio and has written editorials for the American Family Association. She is the author of The 828 Journey and her second book, Hush Little Baby, Don’t Say a Word, is due to be released Spring 2023.